Sustainable Battery has Biodegradable Electrolyte Made From Crab Shell 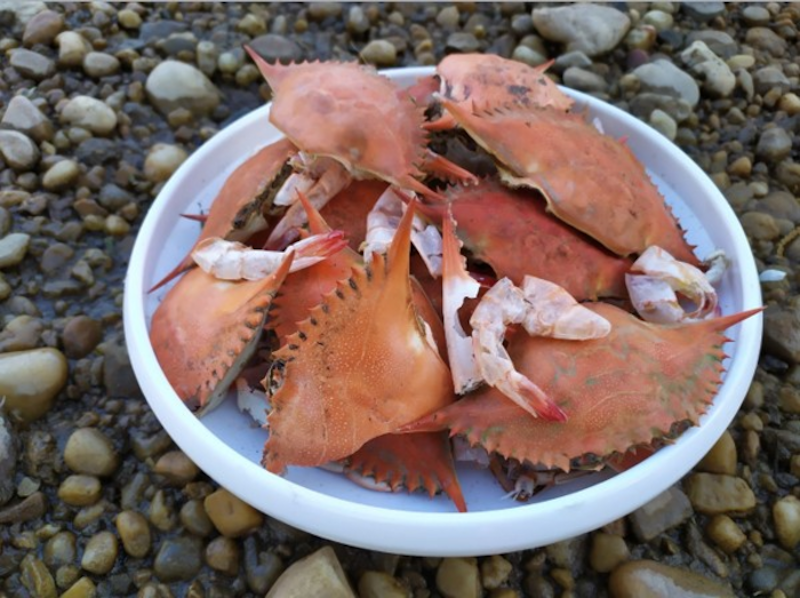 Accelerating demand for renewable energy and electric vehicles is sparking a high demand for the batteries that store generated energy and power engines. But the batteries behind these sustainability solutions aren't always sustainable themselves. In a paper publishing September 1 in the journal Matter, scientists create a zinc battery with a biodegradable electrolyte from an unexpected source—crab shells.
"Vast quantities of batteries are being produced and consumed, raising the possibility of environmental problems," says lead author Liangbing Hu, director of the University of Maryland's Center for Materials Innovation. "For example, polypropylene and polycarbonate separators, which are widely used in Lithium-ion batteries, take hundreds or thousands of years to degrade and add to environmental burden."
Batteries use an electrolyte to shuttle ions back and forth between positively and negatively charged terminals. An electrolyte can be a liquid, paste, or gel, and many batteries use flammable or corrosive chemicals for this function. This new battery, which could store power from large-scale wind and solar sources, uses a gel electrolyte made from a biological material called chitosan. For further information see the IDTechEx report on Advanced Li-ion and Beyond Lithium Batteries 2022-2032: Technologies, Players, Trends, Markets.
"Chitosan is a derivative product of chitin. Chitin has a lot of sources, including the cell walls of fungi, the exoskeletons of crustaceans, and squid pens," says Hu. "The most abundant source of chitosan is the exoskeletons of crustaceans, including crabs, shrimps and lobsters, which can be easily obtained from seafood waste. You can find it on your table."
A biodegradable electrolyte means that about two thirds of the battery could be broken down by microbes—this chitosan electrolyte broke down completely within five months. This leaves behind the metal component, in this case zinc, rather than lead or lithium, which could be recycled.
"Zinc is more abundant in earth's crust than lithium," says Hu. "Generally speaking, well-developed zinc batteries are cheaper and safer." This zinc and chitosan battery has an energy efficiency of 99.7% after 1000 battery cycles, making it a viable option for storing energy generated by wind and solar for transfer to power grids.
Hu and his team hope to continue working on making batteries even more environmentally friendly, including the manufacturing process. "In the future, I hope all components in batteries are biodegradable," says Hu. "Not only the material itself but also the fabrication process of biomaterials."
Source and top image: Cell Press